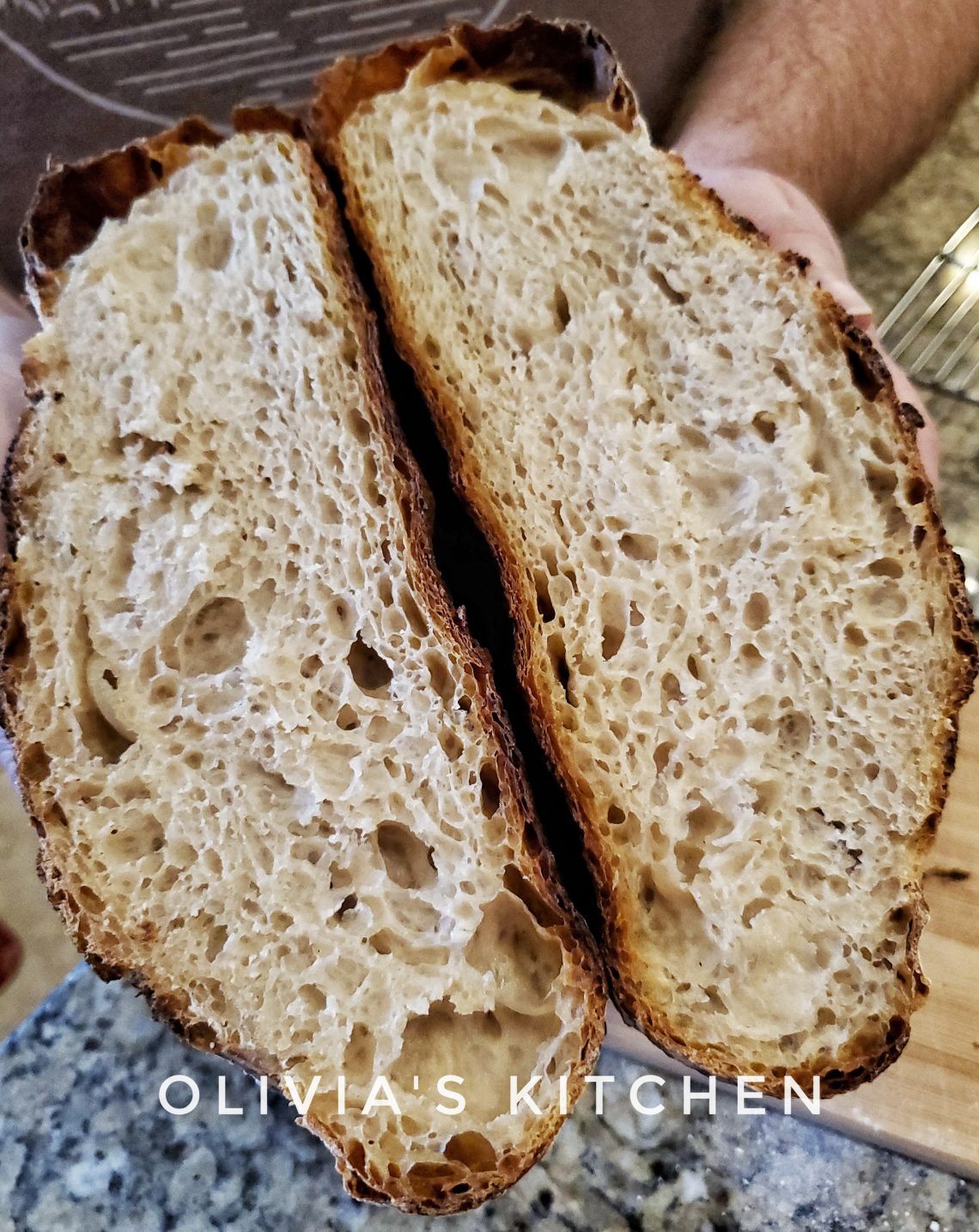 Thought I’d put together some picture instructions on my sourdough bread adventure . In my previous post I mentioned I fed my starter with equal ratio of flour . For example 25 grams of starter fed with 25 grams water and 25 grams of four . To make one boule actually you don’t need that much of starter . And you don’t have to feed the whole batch of starter every time . Just take out what you need , that way you won’t waste so much flour . Unless you’re like me , you like to use discard for other things.

Anyway .. I fed my starter about 7 am , I took out 25 grams from my fridge n fed it with equal water and flour . About 4-5 hours later it doubled in size . About 1 in the afternoon I fed this starter again doubling the amount of flour and water . To get it ready to mix with the dough later .

At around 8 pm I mixed flour and warm water for the dough , mixed it by hand just to hydrate the flour basically . So you don’t need to knead it like crazy .. it’s a messy business . Then let it rest about 20 minutes .

20 minutes later , add salt into the dough , sprinkle in the middle of the dough .

Next , add the starter that’s been sitting since afternoon , into the dough mixed with salt . The recipe should say how much you need to use in the dough .

Adding starter to the dough mixed with salt . Mixing it by pinching n folding several times to make sure they’re mixed well .

After the dough reach about 77-78 F , fold it once more . Do stretch and fold total 4 times . 3 times during the first hour , I usually space it within 15-20 minutes between folds .

The last fold would be before bedtime , cover for bulk fermentation overnight and make sure room temp is around 70 F preferably . Cooler and it’ll doubled or tripled in size longer , warmer and it’ll be faster ( shorter time to doubled in size ). Last week my kitchen temp was 65 F , it took about 14 hours . Last night was 70 F and it took 10 hours .

By 930 am the next morning , it looked like this

In shaping the dough , you have to be careful , taking it out slowly by adding flour around the bowl so it’ll help to slide out and not sticking to the bowl .

Once the dough it out , time to fold it few times . And shape it into a ball . Handle it carefully , focusing on the seam side ( the bottom ) the part that had flour . If you go in the center of the dough it’ll degas and you’ll lose the bubbles and not only that it’s sticky .

Next step is placing the dough seam side down in a banneton to proof . Make sure your banneton is covered with rice flour . Generously , I mean it , otherwise it’ll get stuck n it won’t be fun ..

Few hours later .. do finger dent test to see if it’s ready . About 3 hours later mine was ready . Luckily I warmed up my oven n dutch oven already for 45 minutes at 450 F . So the timing was perfect

Here’s the bread , as it cools off if makes this awesome crackling sound 🔊 up

And voila .. here’s the bread

Here’s the crumb shot , I’m pretty happy with it . The recipe I uses only with salt , water , all purpose flour and whole wheat flour and starter . Just the basic sourdough recipe 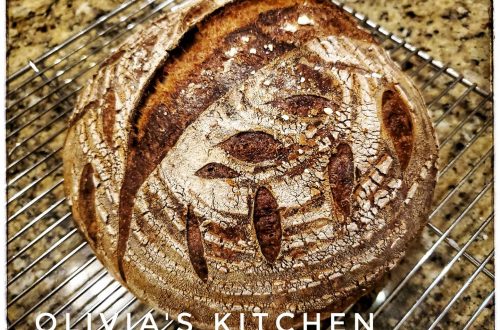 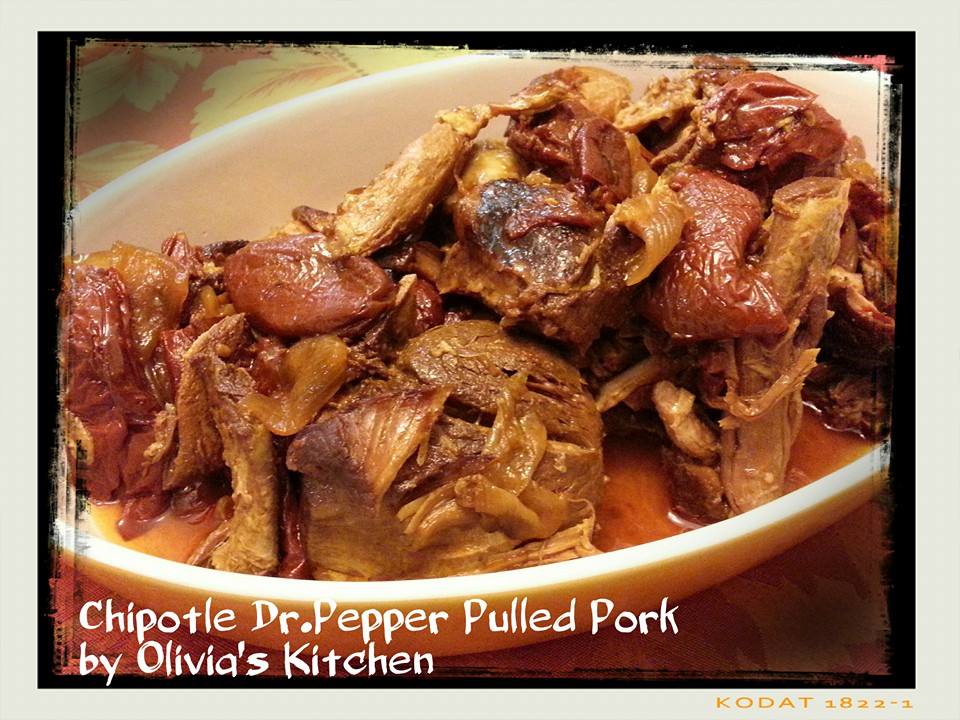 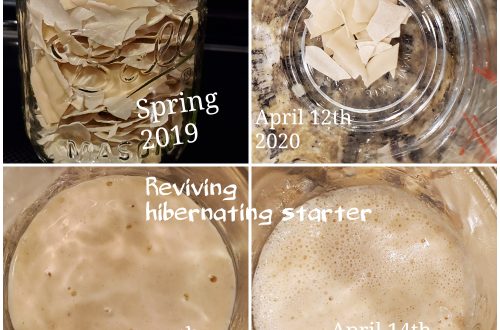