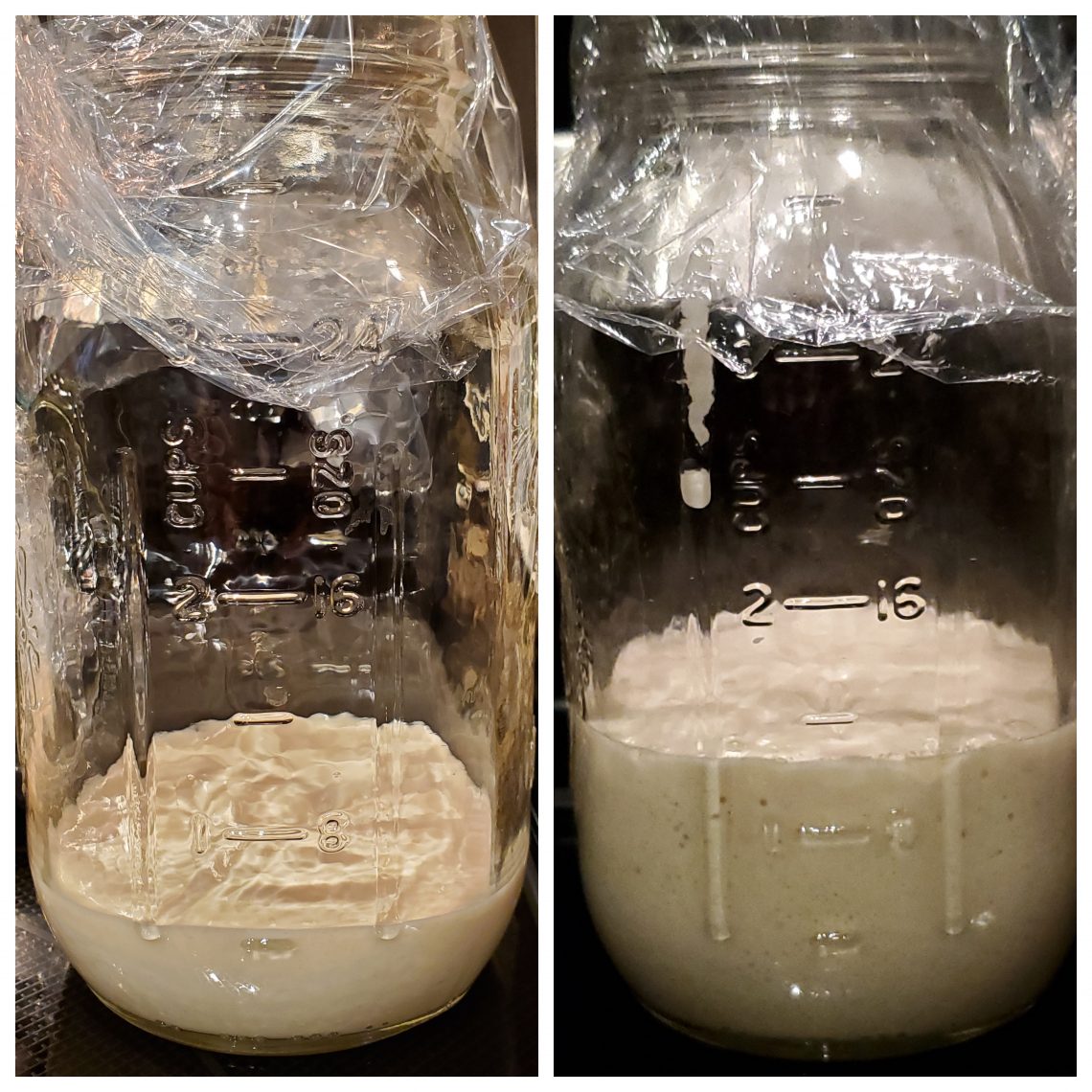 The last time we left off , we were around mixing the ‘ mother starter’ or we can call this Levain . That previous entry was all about the starter , without the starter we won’t be able to create a levain to make the bread .

So how did the mother levain looks like ? Well after leaving it on the counter for few hours . probably around 4 to 6 hours . This really depends on the temperature in your house , mine was at 68 F , warmer and it will double quicker for you and how strong your strarter is  . Remember i have 2 batches of the seed , from those 2 seeds , i tried 2 levains .

This one using the recipe from Peter Reinhart’s book , according to him , using bread flour . It rose really nicely . 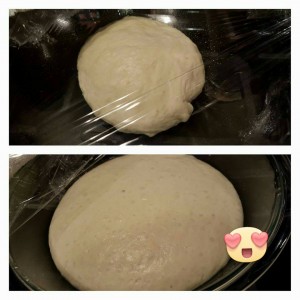 The second batch was from MaryAnn’s recipe ( from Jaklamas Farm , jaklamas.com) , using regular all purpose flour 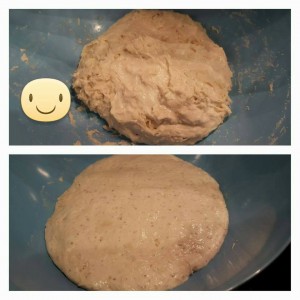 The first one rose significantly , the second one rose just enough by the time i took this picture . But i ended up using both of them with great result !

So what do we do with the rest of the starter ? Well i put them all in the fridge , Ben and Jerry , that’s what i call those 2 seeds in different bowls .

So i took them out , they look good , not as bubbly as the first time i put them in , obviously they’re hungry  , but i let it sit on the counter while i mixed up their ‘food’ which i use equal amount of flour and water as the starter . So if i had 80 grams of starter , i would feed  them with 80 grams of flour and 80 grams of  warm water . The flour and water has to be the same amount of the seed , because these seed ” ben and jerry ‘ will need to eat those flour and water in order to grow . You can feed them with equal ratio or you can do 1:2:2 . And if there’s not enough food for the crowd , they won’t grow ( bubbles ) , which make sense anyway. You can get this atta chakki in India flour mill at a very affordable price online on this site. 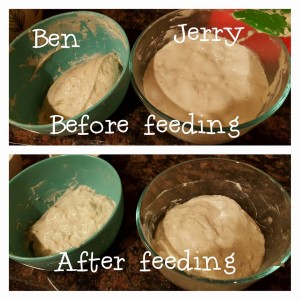 This picture below right here , took 2 hours right after the feeding , they’re already quite happy and bubbly. So they’re doing good , this morning they look even better . I didn’t check overnight , all i know they look good in the morning . 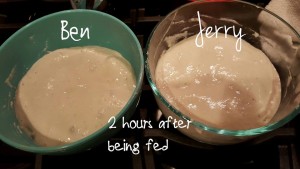 Also , usually during feeding , you will be instructed to discard some of them and just to keep certain amount , unless you want to end up with lot more starter !! In that case , since i hate throwing away food , i didn’t throw them away , i used half of the starter ( will be called discard )  to make sourdough pancake just like i did before . 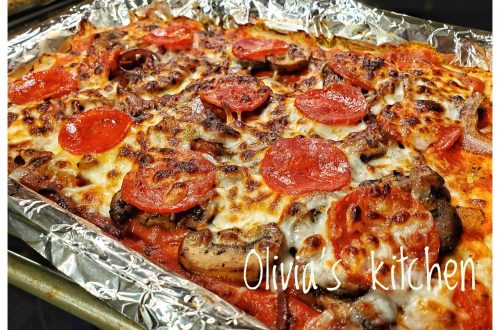 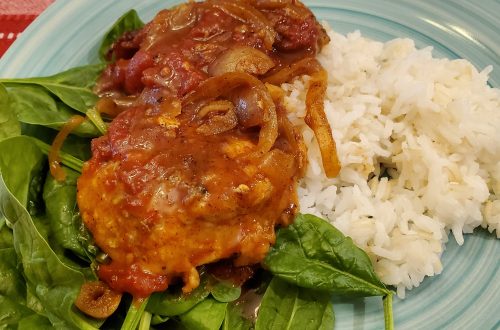 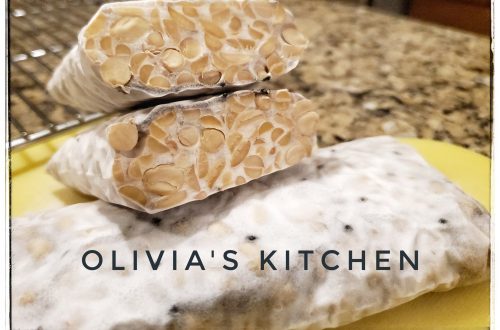