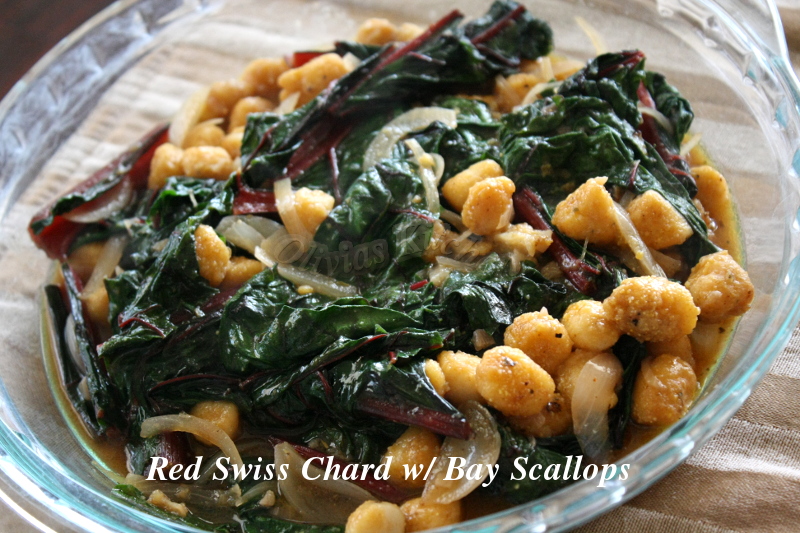 Never tried swiss chard before . But according to a friend of mine , swiss chard is really delicious . I remember everytime i went to the farmer’s market , the next day when he found out , he would ask me , if i saw swiss chard because he’s been looking for it . So .. these past couple weeks , i saw swiss chard at the grocery store .. not to be mistaken with rhubarb btw .. since they both have red stems . Swiss chard comes in 2 colors , white and red . The red one looks pretty , so that’s what i picked up .. And since they’re very nutritious , i didn’t expect the taste would be good LOL .. nothing nutritious have a good taste , right ? well hardly .. any .. But i was surprised , although as i cut them , i can smell the bitter smell .. but once it’s cooked , it has a very delicious taste !! I didn’t do anything complicated with siwss chard , only saute them and add the scallops .. Next time i would love to try with sea scallops , didn’t use it this time , too expensive , instead i used bay scallops ..

1. In a skillet , heat up olive oil , add garlic , then saute the swiss chard , sprinkle with salt pepper , and cook until wilted . Remove , set aside .

2. Add bay scallops that’s been rolled on the flour mixture , and becareful cooking it , they cook VERY fast .. 1-2 minutes is enough , overcook will make your scallops rubbery . Remove , set aside .

3. In the same skillet , add shallots , and cook a minute then add the wine , scrape off the brown bits on the pan , then let it evaporates , and then add chicken broth , bring to boil . SImmer , put the swiss chard back in there with bay scallops , turn the heat off , toss to coat , serve . 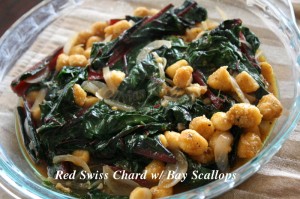 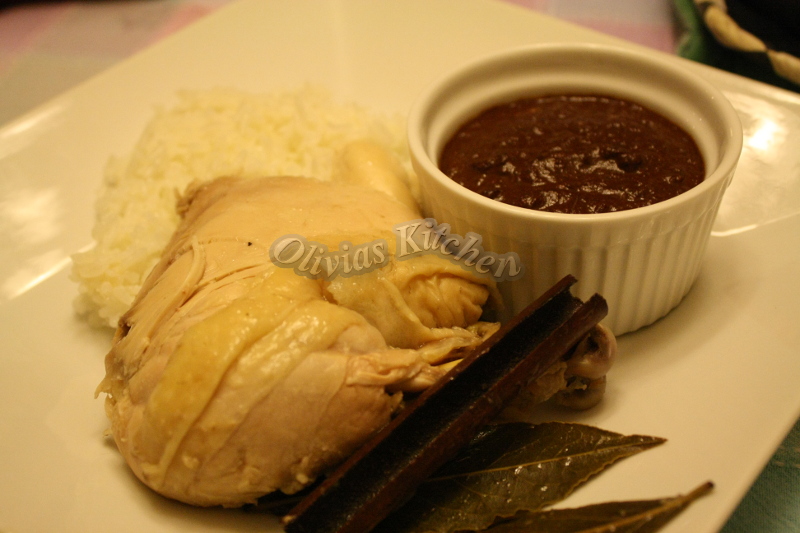 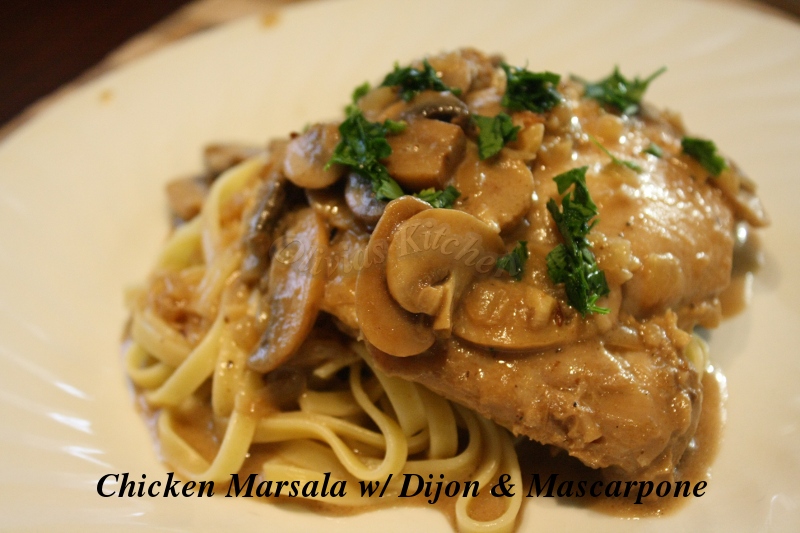