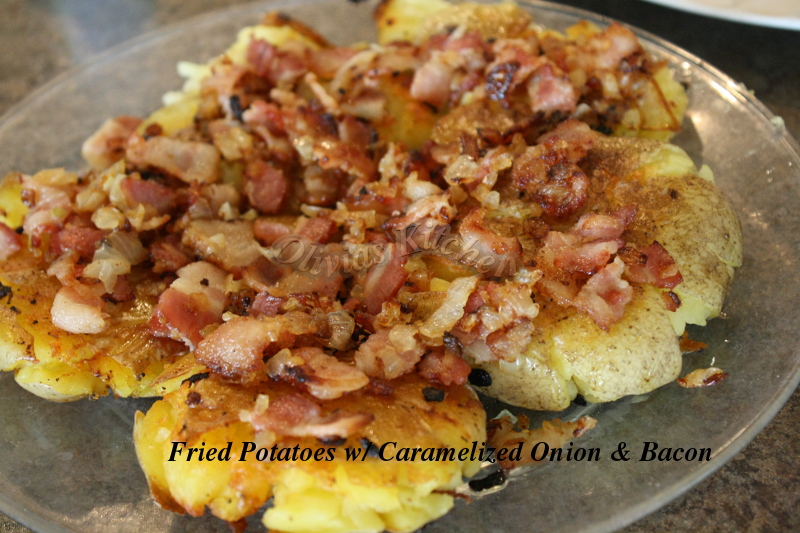 The recipe was called McAlister Potatoes , i don’t know why they call it mcalister , but i like to call it fried taters .. 😀 I’ve made this a while ago , the only thing with this potatoes , you need to choose some small gold yukon potatoes . I love yukon potatoes , it’s basically the potatoes that i usually buy , either red or gold yukon . I don’t care so much for russet potatoes unless i need to make potato salad . Otherwise , boiling , steaming , baking , to me , needs to be red or yukon .

Mashed potatoes gets boring after a while , the same with baked or steamed or boiled . So this is a change to serve potatoes as a side dish with my dijon salmon , and this def. is a yummy side dish !

Boil these potatoes , covered with water , boil until it’s tender , try to use your fork , if it goes in just fine , Then it’s time to drain the water and let it cool slightly .Then using kitchen towel , wrap your potato one by one and smash it with your palm . Be ready to fry it later on.

Meanwhile , caramelize onion and bacon on a skillet .

Cook these , until the onions are caramelized , under medium heat . Set aside , do not throw away the fat on the skillet , add few tbsp. olive oil in the skillet to fry the potatoes. Fry them until it’s crispy on both side .

Remove and topped with caramelized onion and bacon .Serve warm. 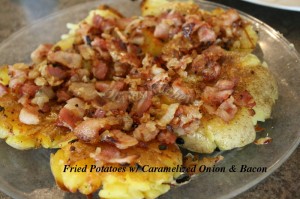 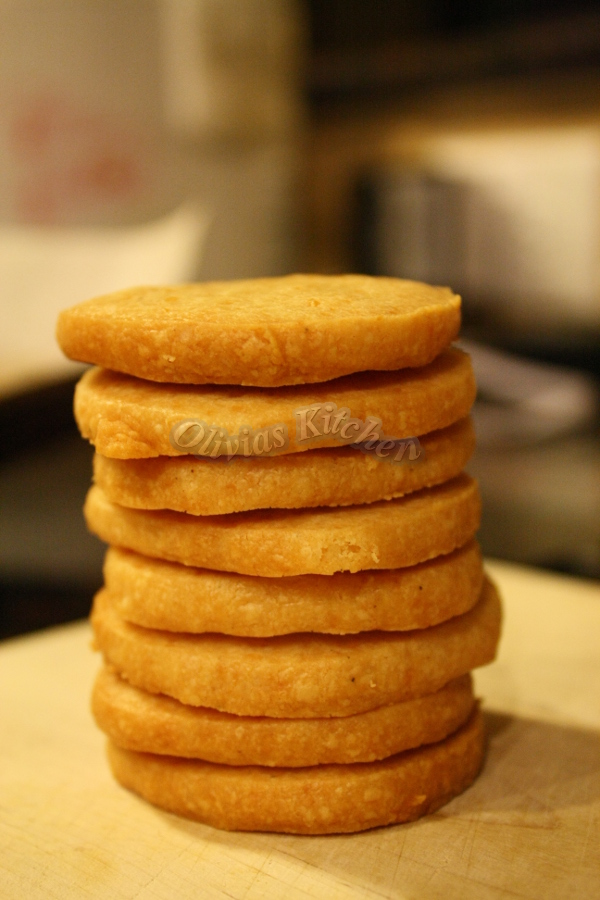 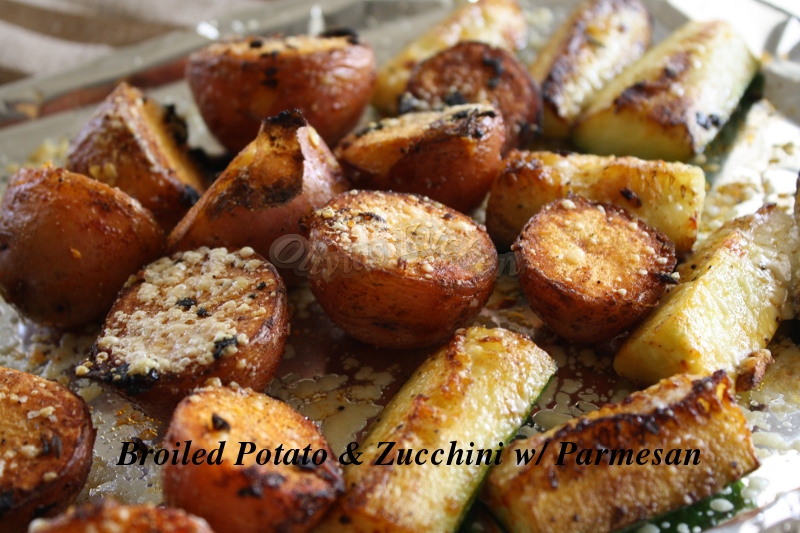 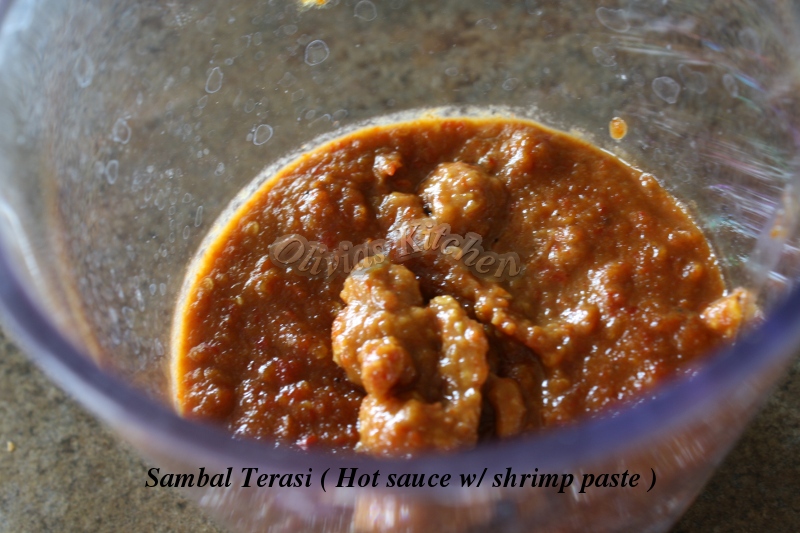